This time of year I love baking with apples, cranberries, and pumpkin. Recently I found myself with an extra bag of Granny Smith apples in the fridge.

I knew I wanted to bake something with apples both because it had been a while and because I had so many extras. I wasn’t sure what to make, but my neighbor suggested that I make Apple Turnovers. 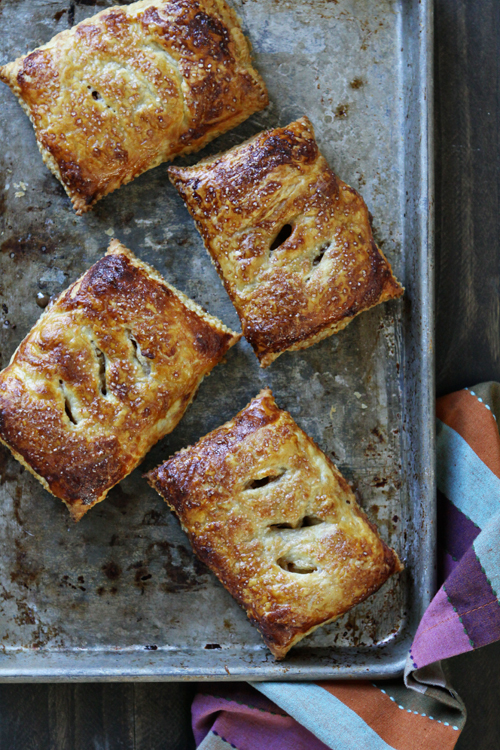 Of course I couldn’t just leave it at Apple Turnovers. That got my brain thinking though and I ended up with some pretty tasty Caramel Apple Pecan Cheesecake Turnovers.

These caramel apple cheesecake turnovers are easier to make than you might think. Using puff pastry really cuts down on the preparation process by eliminating the messy and time consuming step of making a pie crust. In between 2 layers of flaky puff pastry you’ll find caramel apple pecans and a vanilla-y cheesecake filling. 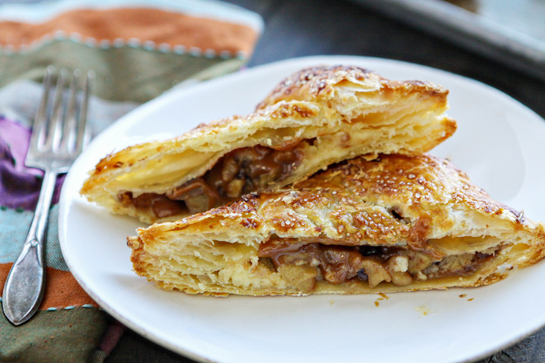 Vanilla is one of those essential baking ingredients in our house. I love to use McCormick Vanilla Extract in my recipes because I love the rich flavor and aroma that vanilla offers. In my opinion, vanilla makes the recipe better. Often times I’ll double the vanilla that a recipe calls for because I enjoy the flavor it adds so much.

The delicious smells of caramel, apple, and vanilla will fill your house as this tasty fall recipe bakes. Enjoy it with some whipped cream or vanilla ice cream if you’d like, though they are great all on their own.

For the Cheesecake Filling:

For the Apple Filling:

To Assemble the Turnovers:

This is a sponsored conversation written by me on behalf of McCormick – Baking Superiority . The opinions and text are all mine.