Amy asked in the last garden post if I could share what I planted and my success with each plant. I’ve been meaning to do that anyway, so now is as good a time as any!

Tomatoes – I loved having a fresh supply of tomatoes. I didn’t purchase a single grocery store tomato the entire summer. Some of these worked better than others. All were bought as plants except the Sungold Cherry (seed) and the Beef Steak (started as seed, but plant gifted to me). I’d like to try some more interesting varieties next year in addition to the ones that worked for me. The purplish colored tomatoes look especially cool! I’m also going to keep the vines seperate from the non-vines because this year 3 were vines and they kind of overtook the rest of the tomato area even though I was constantly trying to tie everything up all nice and neat. By the end it was all just a huge mess and the vines blocked out a lot of sun for the others. 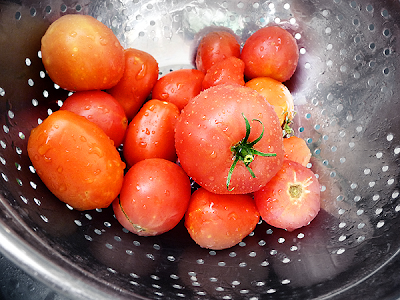 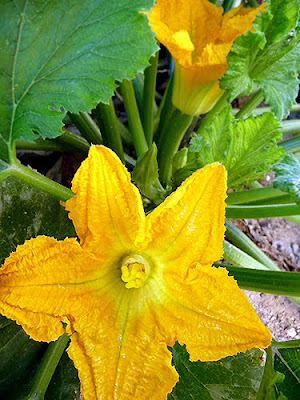 Zucchini – Just planted one this year and it was the perfect amount. Next year, in addition, I’m going to plant a yellow squash too for variety. 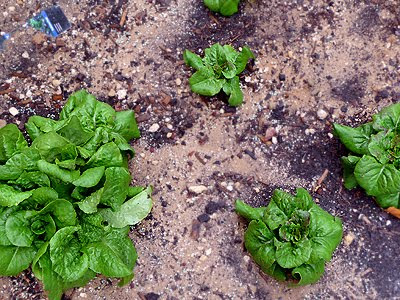 Bibb Lettuce – super easy to grow, I even started the lettuce from seed. Also, tasted great on sandwiches and for salads – especially a BLT salad with sourdough croutons and blue cheese dressing. How did I not post that recipe on here?

Herbs – I’d plant all of these again, except the cilantro. They did well and I used them constantly. (Basil, Thai Basil, Parsley, Tarragon, Dill) The cilantro turned out to be a big disappointment. It would start out great, but it couldn’t keep up with use and never seemed to regain the leaves like the original. Instead, it would grow these feathery sort of leaves. It’s so cheap that it’s easy enough to buy in store.

Green Onions – I planted these from seed and it was great to have a patch of them out back. It seems like I so randomly need green onions and it was wonderful to have a supply of these without putting it on the list, or ending up needing some when I don’t have them. Also, if you chop the tops off vs. pulling them up by the roots they will keep growing new ones.

Strawberries & Asparagus – These were a wash this year. The strawberries only produced a couple dozen and were sporadic. The asparagus you don’t harvest the first year. I’m thinking we’ll have to wait till next year to see if these will be worthwhile or not. Yay for garden perennials. 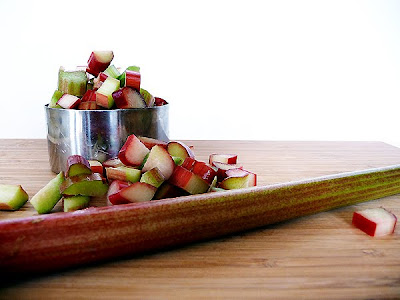 Rhubarb – I harvested just a bit of this because you’re really not supposed to the first year, but it was growing so enthusiastically that I figured a few stalks off each of the four plants wouldn’t hurt. I made mini strawberry rhubarb tarts out of some of it, and I’m sorry to say that I never even got one. I gave 2 to the neighbors leaving 4 for us and Eric ate every single last one. I guess they were that good. Another perennial, so the work on this is done already for next year. 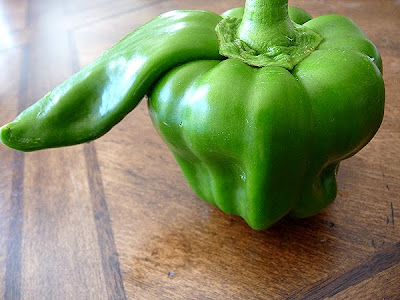 Bell Peppers – Disappointment! Most of mine never got very big. I don’t know if it was the soil or bad plants, but all of them were about the same (red plant, yellow plant, from see plants). Lots of them got soft brown spots on them too as they started changing shade. The green ones did pretty well, though still not as big traditional bell peppers. I may try two plants next year and in a different location just to see if anything changes. 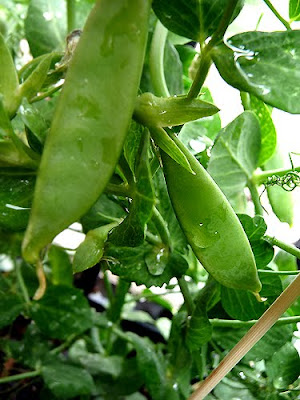 Sugar Snap Peas – So glad I planted these! They were a good producer and easy to start from seed. I think I might start them a couple weeks earlier next year, or even indoors first, so they get to be a little bigger. I also want to put chicken wire on the gate, because even though they supposed to be able to climb on the gate, they had a hard time and climbed all over each other to get up to the gate.

Honeydew Melon – It wasn’t any tastier th
an grocery store, I’m the only one that likes it, and it was a waste of space. Probably won’t try again.

I’m hoping for even better luck next year. Albuquerque doesn’t have soil, it’s just sand. In our garden space we already worked in about 15 bags of organic compost just this year. We also had to haul several loads of rock off the area. I’m not expecting perfection the first year. There will certainly be more nutrients added to the soil with all the organic compost we’ve collected this year and just having the experience I did this year and knowing what works and what doesn’t. I’m so grateful for all we harvested and all I learned (and taught my kids) through this experience. I feel incredibly lucky for how well we did our first year. This was a wonderful experience that will only get better as time goes on.

Sounds like a great garden! I'll definitely keep your comments in mind when I'm building mine next year. Thanks!

How inspiring! I recently installed some raised beds in my backyard and will now lazily wait until spring to plant my crop. It's good to see your harvest and what I can look forward to.

Amy, I loved your recap of the garden. I must say though you will have better luck next year if you use more compost. (So happy to see you are starting to compost) In some of the shots I can see your soil and it looks very sandy with lots of pebbles. From the photos of your last garden Blog it apears to me that all your plants were crowded. Give your tomatoes at least 2' between plants. If your soil was better & the plants spaced further apart the fruits would be larger. For tomatoes try heirlooms. They have the best flavor. I could go on and on.......I enjoy your blog.Sandra Jonas

Don't be afraid to prune your 'vine' (AKA indeterminate) tomatoes . You will sacrifice a few tomatoes, but it sounds like you had tons.

I adore sugar snap peas -- they're so fresh and fun to eat :)