I’ve put the summer garden to bed, so to speak. Early last week I ripped out all the tomatoes, zucchini, and honeydew melon. I harvested the rhubarb that had finally ripened and picked the last of the bell peppers. 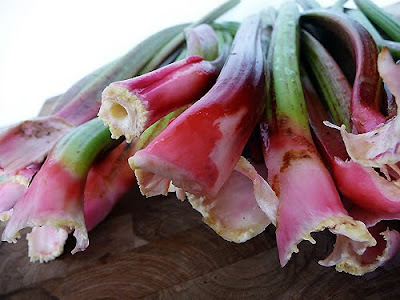 The peppers made their way into a big pot of Russian Borscht last week and the rhubarb has been trimmed, washed, chopped, and flash frozen for use later on. This afternoon I used a bit of the rhubarb to make some individual rhubarb tarts for a treat. 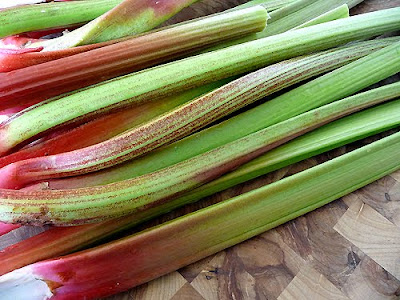 The herbs will be next. I hope I have time this week to pick all the basil so I can make a large batch of pesto. I’m planning to freeze the pesto in small portions in an ice cube tray for use during the winter. The Thai basil, tarragon, and parsley are all looking pretty good still.

Tonight we’re eating Pasta with Fresh Basil, Tomatoes, and Mozzarella for the last time this season using some of the hundred (hundreds maybe? I didn’t count.) of yellow pear and red grape tomatoes I plucked off the shriveling vines. 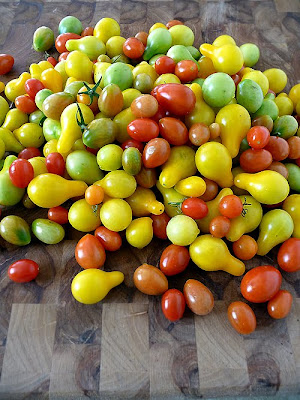 Large green tomatoes line my windowsill and a big bucket full went home with my friend because her mom loves fried green tomatoes. My windowsill is like a little greenhouse with afternoon sun shining right through. 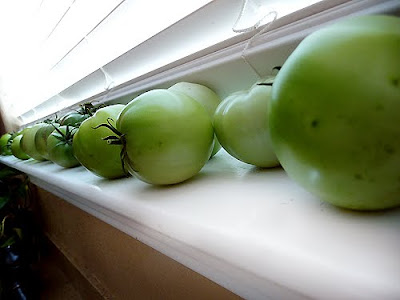 I started this gardening adventure with every intention of keeping a record of the amounts we produced. My last update was about 2 months ago and I’ve since lost track. The yellow pear and grape tomatoes were by far the biggest producers. They kind of overshadowed the rest of the tomatoes and I think with them it was an issue of not enough sun. I’m sad to say goodbye to all the delicious summer produce, but I’m also ready for some new things. I’ve planted broccoli, brussel sprouts, red cabbage, spinach, arugula, beets, and swiss chard. I hope I’m lucky enough to have as successful of a fall garden as I did for spring and summer. 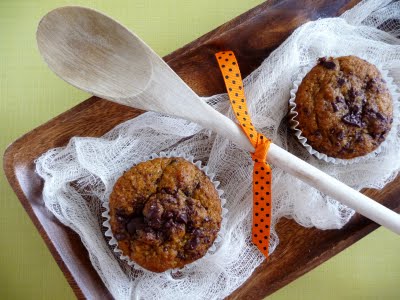 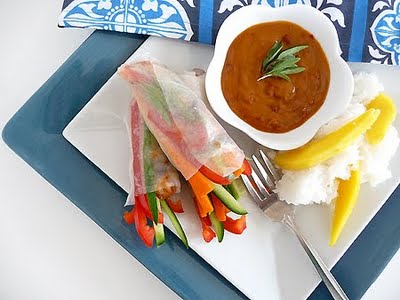 The coloring is so amazing in all these photos!

It's so sad to say good-bye to your summer garden, isn't it? It's like announcing summer is over, which I guess it is!I've never made fried green tomatoes, so I'd love to hear how those turn out if you decide to make them.

We said goodbye to our garden this weekend with exception to eggplant, some peppers and herbs. Kinda sad. Love those pear tomatoes you planted. What were they good for? We planted a variety of tomatoes some heirloom. My favorite heirloom was the costoluto genovese - great for sauces and so pretty. For sandwiches I love german johnson. It will be hard to scale back next year. Would love to hear the details of what you found successful and plan on planting again.Thinking about planning (last minute) a fall/winter garden but need to do some quick research and hunt down some healthy plants.