How To: Solar System Birthday

Today’s post is a little more mom and a little less food blogger. As you know, Logan turned 5 last week. We had our Solar System birthday party on Saturday and I have to share pictures and details.

We were all so happy how it turned out, especially birthday boy. And the nice thing too is Logan and his friends are all at that age where they just play, instead of all the moms telling all the kids what they should be doing. Everyone was just so excited about everything. Definitely a fun party!

The weather really cleared up in the afternoon and the kids were able to play in the backyard for quite a while with the sun shining. A few moms were there with the kids while others dropped the kids off. It was the perfect balance of having a little extra adult help without feeling over crowded. 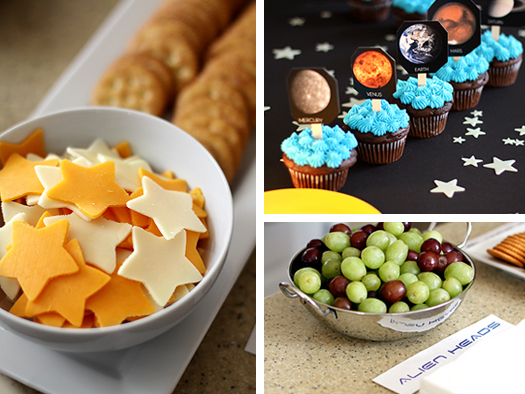 I kept the snacks simple and inexpensive, because I didn’t want to go totally crazy with preparations or spend a ton of money. They’re just 5 year olds. The kids were CRACKING UP LAUGHING at all the funny names I had given the food, like it was the most hilarious thing they had ever heard. 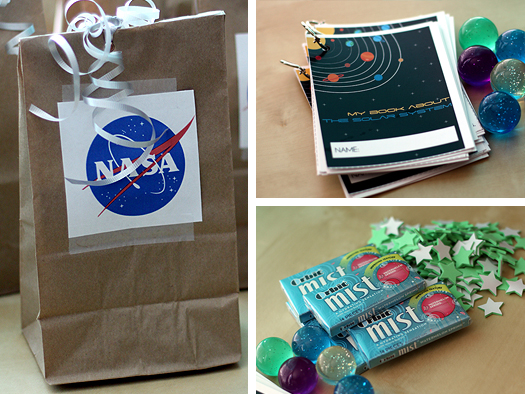 Again on keeping it simple. I bought the gum in multi-packs so it cost less, balls and stickers were inexpensive. The biggest cost was the booklet, at about $1.66 each. I made the cover to match his invites and had pages on each of the planets with a little fact. I printed only the cover in color (cost less) and kept the inside coloring book style.

I had really wanted to let Logan decorate the brown sacks with space stickers, but I couldn’t find any! Everything is characterized these days, so we printed NASA’s logo and he taped them on.

For our decorations I put a disposable black tablecloth with glow in the dark stars all over on our kitchen table. We hung blue and black balloons on each chair at the table and then big clusters behind the table around our windows. 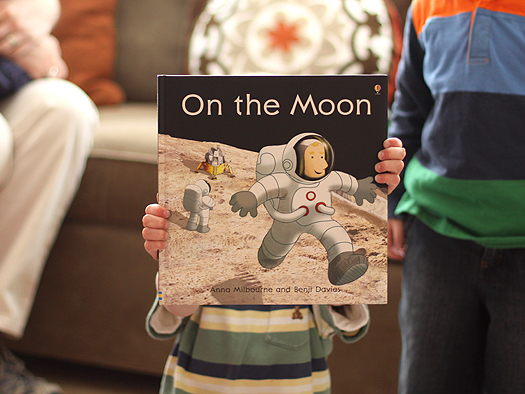 Logan loved all this presents and has been having so much fun this weekend playing with them. We went to the park this afternoon and flew his new kite and built a lego car this morning (his first set of big boy legos). I really love this book he got. Isn’t it perfect??

I really owe a big thanks to all my friends on Twitter. You guys were invaluable sources of ideas and creativity for this party when my brain was too tired to think. We had a very busy week with lots of appointments that weren’t near our house.

I had so much to do and wasn’t sleeping well and was so worried about how the party would turn out. In the end I pulled it together. And it was worth it! And now Logan can’t stop being so amazed at the cool party and the fact that he’s now FIVE years old. I can hardly believe it myself! 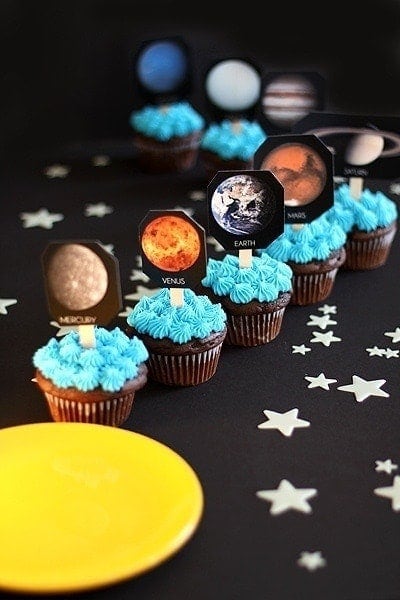 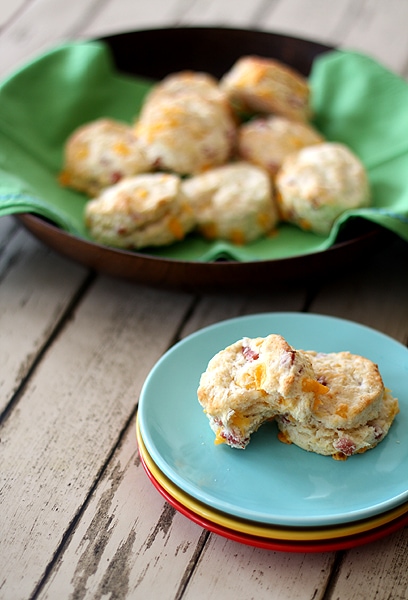 Next
Flaky Biscuits with Cheddar and Ham
Click here to cancel reply.

I love these cheese stars! I would like to use them in an upcoming blog post for BargainBabe.com. I will provide a link back to your site and give you credit!

I came across this when looking for party favors for my son's upcoming 4th birthday party. You did such an amazing job! Where did you find the bouncy balls? I've been looking for something similar, but can't seem to find the right thing. Thanks!

Pretty sure I got the balls at either Walmart or Party City. Good luck!

What a fabulous idea! My son is also obsessed with planets and I was looking for a cute party idea. i loved how you incorporated such fun ideas, but still managed to keep it simple and affordable. I was actually searching the internet to try and find a planet/solar system cake idea....but instead of messing with fondant and stuff-- I love your cupcakes!

I was wondering where you found the images of the planets? Those are perfect!

Most off of NASA's website. I don't have the exact links. I also searched Google Images and picked what I liked best.

Great Party! I am planning one as well. Where did you get the Solar System Booklet? Thanks!

Thank you so much for sharing your booklet! My boyfriend's son is loving the solar system these days. We are going to have a solar system b-day party for him next week - he's going to be so excited about everything...thanks for the ideas!

I'm going to be doing a party this weekend and wondering if you could share the booklet with me as well! THANKS!

That would be awesome thanks! my email is tara_delucia@yahoo.com

My son is obsessed with the solar system so that is what we chose for his party theme. Your ideas were great - we are stealing a few ;) Thanks again!

Hi Tara - I put the booklet together myself. I'd be happy to email you a copy of the files if you are interested.