I recently had the opportunity to travel to La Paz, Mexico in Baja California with the Mexico Tourism Board. During one of the days while in Mexico we traveled down to the town of Todos Santos, located about 50 miles south of La Paz on the Pacific Coast side of the Baja California Peninsula.

This small coastal town makes for a nice day excursion while visiting either La Paz or Cabo San Lucas, which is located approximately 47 miles southeast of Todos Santos. 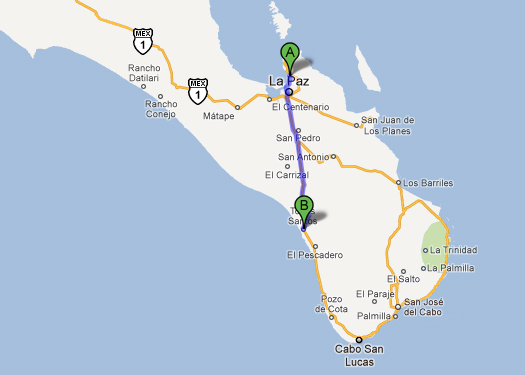 There is much to do in Todos Santos. It is a popular destination for its art galleries, handicraft shops, boutique hotels, and restored colonial buildings.

Within a short drive from the town there are a variety of beaches – some suited for swimming, shell collecting, or whale watching while others are famous for their waves, attracting surfers from around the world. 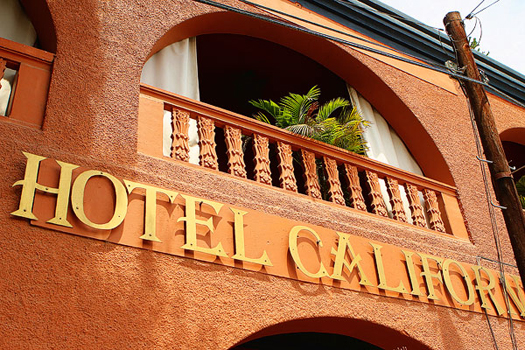 Our destination for the the day was The Hotel California, celebrated for it’s association with “The Eagles” legendary song. There were lots of great photo opportunities in this colorful hotel.

The History of Hotel California

The Hotel California first opened it’s doors in February of 1950 after three years of construction. The hotel’s owner, a Chinese immigrant named Mr. Wong, lived in the 16 room hotel with his wife and seven daughters.

Mr. Wong brough ice from La Paz to Todos Santos for the first time ever, making The Hotel California’s restaurant and bar quite popular. Later on he opened the town’s first gas station directly next door to the hotel. 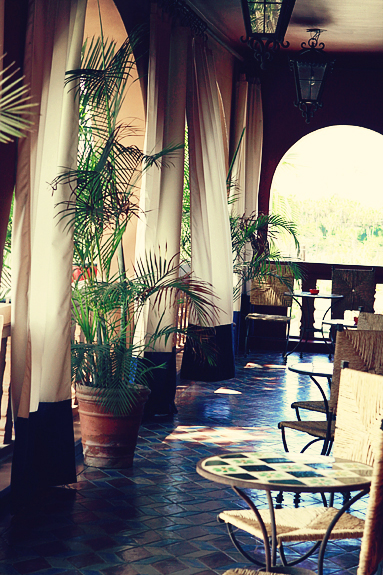 A popular rumor that began in the 1990’s by someone with no connection to any of The Hotel California’s owners is that the Eagles once owned it. Although untrue, many of the hotel’s visitors are intrigued by the coincidences between the popular Eagles song and the hotel. 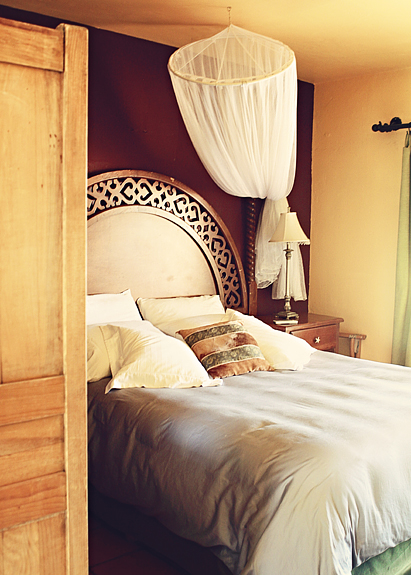 By 2001 the hotel had become neglected when Canadian couple John and Debbie Steward purchased and began the hotel’s award winning renovations.

During this transformation, The Hotel California’s original 16 rooms became 11 colorful suites.  A restaurant and bar, La Coronela, were added to the hotel and Mr. Wong’s gas station was converted to the tienda Emporio, the hotel’s gift shop. 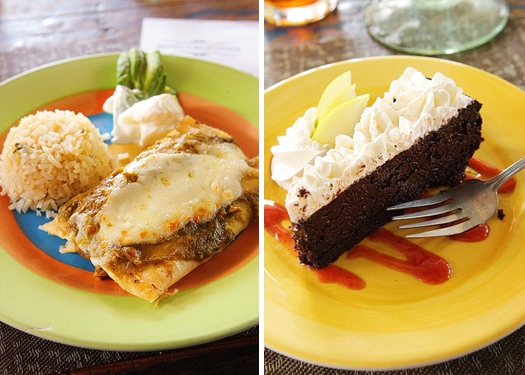 We enjoyed a delicious lunch of chips with fresh guacamole and pico de gallo, fish burritos, and chicken enchiladas verde and rice. I enjoyed a massive (virgin) Pina Colada with my lunch and finished it all off on a sweet note with a delectable flourless chocolate truffle cake. Check out our menu here.

Around The Hotel California

While lunch was being prepared we enjoyed a fun tour of the historical hotel. I loved all the color. Here are some of my favorite photos from the hotel: 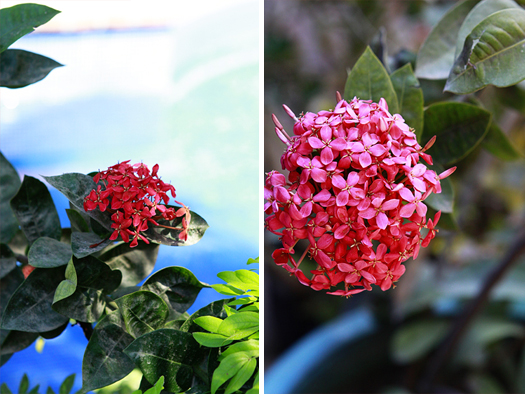 Lots of beautiful flowers in the garden area near the hotel’s private pool. 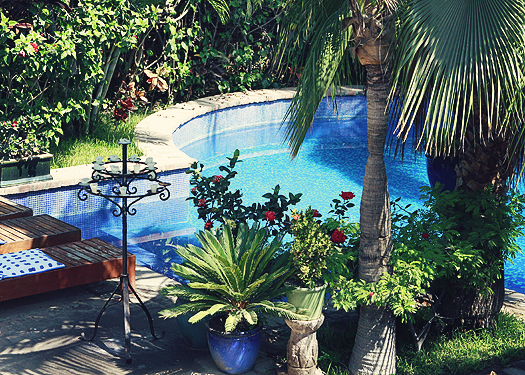 Don’t you just want to take a dip in that? So peaceful! 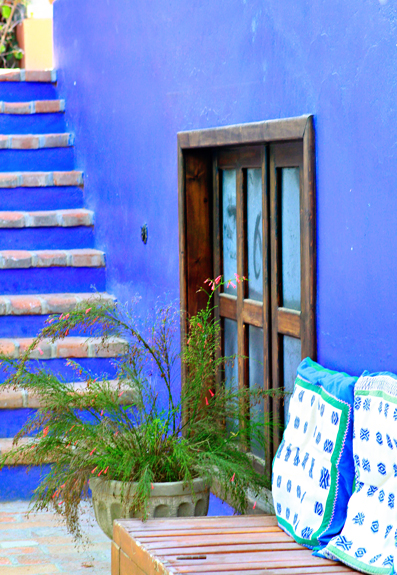 I loved this bold blue wall and the stairs leading up. 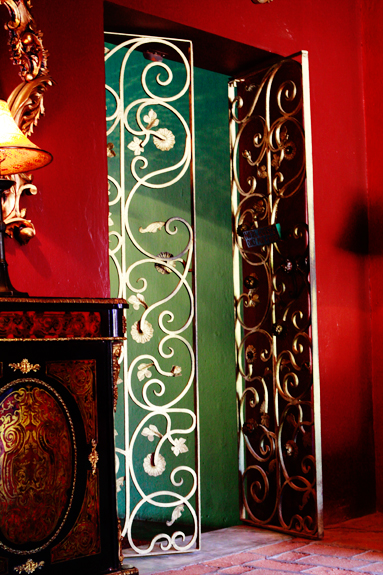 Colorful details inside the like this beautiful gate and red paint. 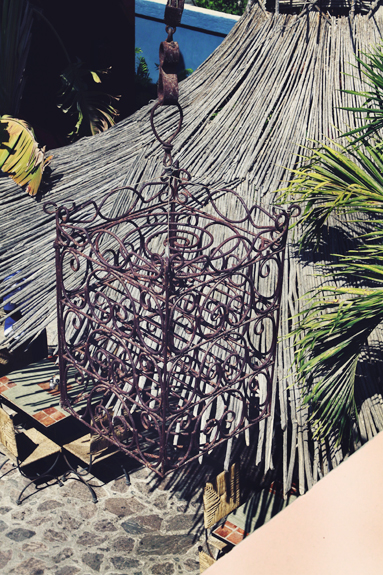 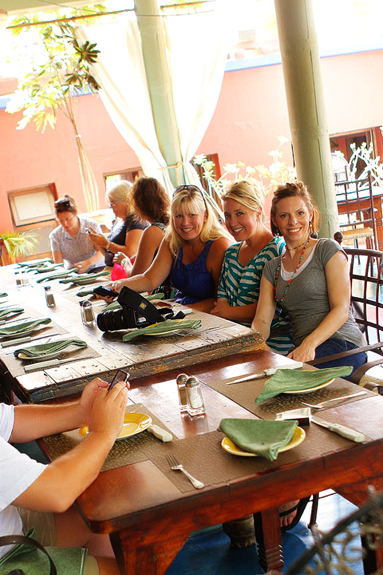 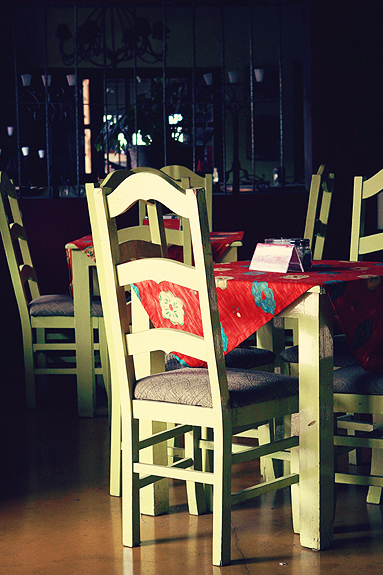 Inside The Hotel California Restaurant. 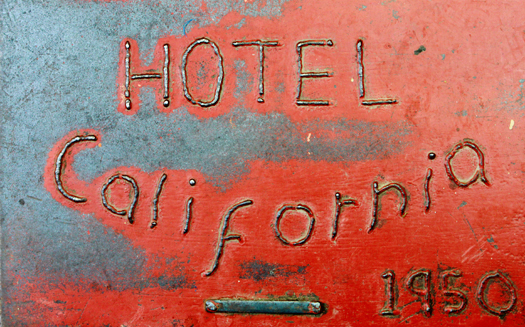 Thank you to The Hotel California and the Mexico Tourism Board for a great afternoon and delicious lunch!

Stay tuned for more photos from this trip…

p.s. Check out the Talenti Gelato Photo Contest – it’s not over yet. You could win gelato for a year! 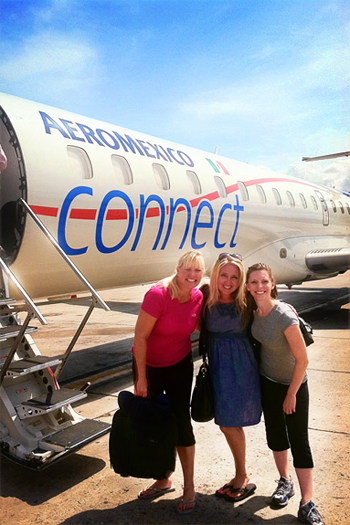 Previous
Traveling to Mexico: Is Mexico Safe? And Other Questions Answered 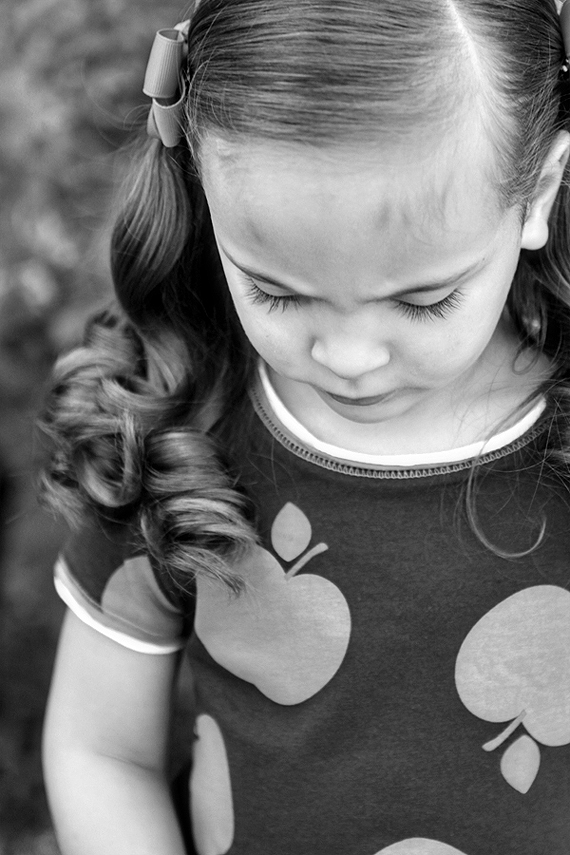 I love that the hotel is so small and quaint. Seems like a great place to go to get away!

I love going to Baja. I'll have to check out Hotel California -- you can check out, but you can never leave!

Katie, You took such beautiful shots! I enjoyed reading about the history of the Hotel California. I love the connection to the song. It was great to meet you on the trip!

What an amazing looking place!! With all the rain we're getting in Boston right now, this looks like a dream come true :)

Your hotel looks beautiful and the photos have come out fabulous- bright and bold!