I had an amazing time at BlogHer Food ’09. I’m kicking myself for not taking my camera out very much. I’ve always been bad at that – too much talking and not enough camera time. I absolutely adored Kristen, I knew I would! We had a fun time rooming together at Hotel Nikko, and I don’t think I’ve slept on a better pillow in my entire life. It was a great weekend for learning and making connections. I couldn’t possibly list everyone I met, but I had such a nice time getting to know the people behind the blogs.

The conference was all day Saturday, but Kristen and I both arrived Friday just before lunch. Interestingly enough, our flights were both delayed but we still arrived at the same time just as we had planned to. How is that for convenient?

We spent Friday exploring some of the sites San Francisco has to offer. We walked through a certain interesting part of town by mistake, China Town, Little Italy, and in a very round about way eventually made our way towards Fisherman’s Wharf. 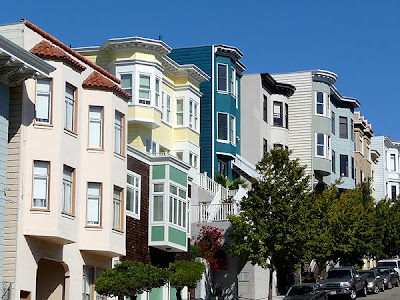 Saw lots of cable cars, but didn’t get to ride any because whenever we needed to catch a ride, they were all full and didn’t bother stopping for us. They’re still fun to see though. 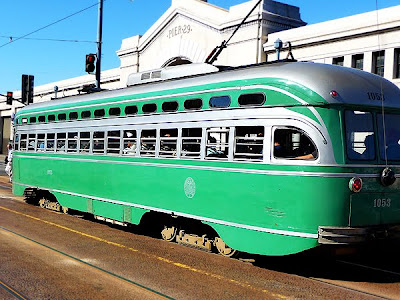 Walked around Pier 39. Kristen kept calling it Pier 49 the whole day. I’m still giggling about that. 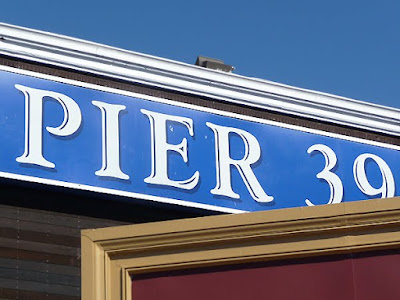 We saw lots of things there, including fruit stands… 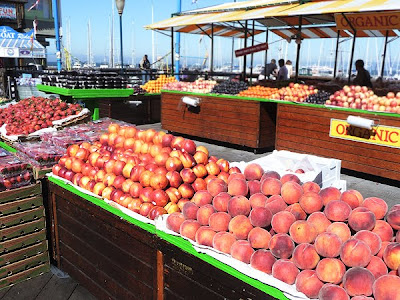 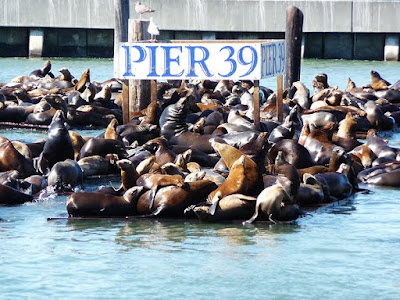 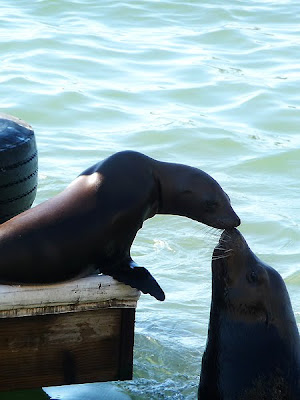 More Sea Lions frolicking on deck. I just couldn’t resist snapping photo after photo of them. 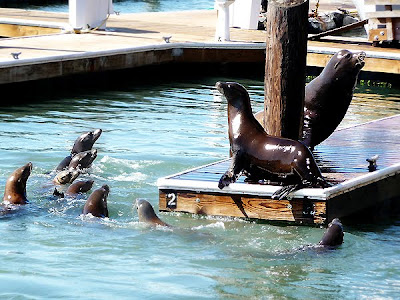 And Alcatraz in the distance. 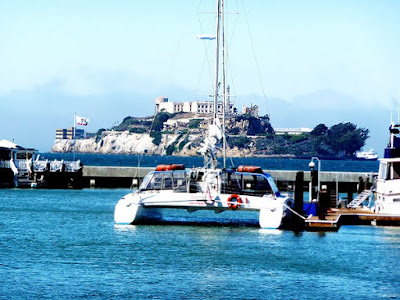 I ate my first french macaron at Miette. The pistachio were my favorite. Big surprise there. 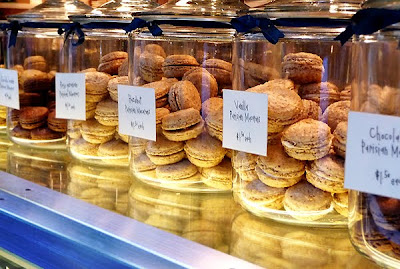 And sampled lots of other goodies at the Ferry Building: bread, blood orange olive oil, gelato, chocolates from Recchiuti that were $60/pound. Yes, $60, not $16. I could have eaten a whole box of the candied orange peels. I should mention that these treats were our lunch.

We joined a group of bloggers for dinner at Pauline’s Pizza. After sufficiently stuffing ourselves with gourmet pizza and salad, we attempted to head to Bi-Rite. Waiting for 15 minutes in a line that never moved convinced us that it was time to call it a night. Too bad. I was really looking forward to trying some Strawberry Balsamic Ice Cream.

The next morning we walked over to the St. Regis for the conference. It was a pretty cool morning, so we stopped for something to warm us up at Starbucks. We saw a Trolley. Some of us had a hard time distinguishing between a cable car (it has a thing in the sky) and a trolley. 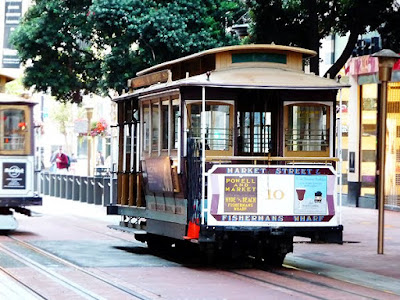 The conference rocked. The conference food did not. Instead, Jane, Kristen, Amy, and I skipped over to the MOMA for yummy museum food. I had Mediterranean Quiche, Watercress Salad, and Pluots. 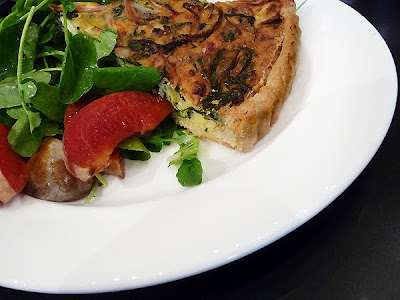 I learned about Developing Your Visual Voice, Principles of Photography (I feel like I could switch to a DSLR and not be totally lost thanks to the White on Rice Couple), The Meaning of Identity and the Value of Voice in a Crowded Foodblogging World, and heard a fabulous closing keynote by Ree, David, and Elise. Went to a cocktail party on the terrace. Changed into a cute little black dress and enjoyed chicken tacos at the super cool Tropisueno after party hosted by Elise, Jaden, and Ree.

Did I mention I didn’t take nearly enough pictures? Especially of people.

I would have loved to have had 1 more day than we did for more conferencing, exploring and shopping. I’m home and I’ve been welcomed back by a 6:15 am wake up call that I didn’t schedule, a home more disorganized than I’d like, but lots of hugs and kisses.