We had the experience of a lifetime this afternoon in the kitchen, and not in a good way. Our oven caught fire. Yes, you read that correctly. I guess there’s a first time for everything. Here’s how it went down…

While Logan and a friend were coloring in a new Hello Kitty coloring book, I was busy getting ready for tomorrow’s Easter dessert. Baking the pound cake for the trifle was on my list of things to get done the day before. I decided to try a new recipe for the cake, which in hindsight I’m seeing that I probably shouldn’t have. It had already been a long day in the kitchen working on other projects.

The pound cake recipe mentioned having everything at room temperature so that when you added the eggs to the creamed butter and sugar the mixture wouldn’t curdle. Well, the eggs must have still been slightly too cold (a detail that was overlooked while I was settling the dispute over coloring book issues at the kitchen table) and the mixture did indeed curdle.

Press on, I thought and I tried to make the best of it. Every time I peaked at the cake it didn’t look right. In the end, the curdled butter ended up melting and oozing all over the oven rather than baking into the cake. The pound cake absolutely did not turn out. The oven didn’t get turned off right away, and the oozed butter caught fire. We kept the door shut to deprive the flames of oxygen. Eventually the flames died out, leaving a very black and smoky oven. After a long ordeal of opening all the windows and turning all the fans on, followed by cleaning out a cooled oven I made another pound cake, with a recipe I had previously made.

Such a crazy afternoon on a day that started out calm. Luckily everyone was safe and nothing was damaged. I don’t want to ever do that again!

Just in case you don’t know what to do if you ever find yourself in a similar situation, check out this article on How to Stop an Stovetop/Oven Fire. And remember to never use water if grease is involved. 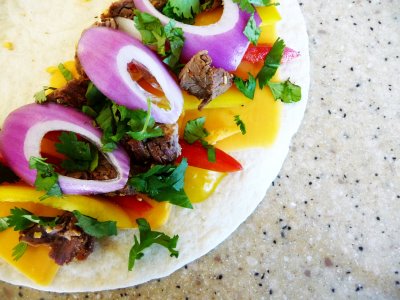 Ugh! So very glad that you made it through without anyone getting hurt.Great article. Everyone should read it before cooking!

Yikes! I'm glad everyone is ok!!

I had that happen at our summer rental last year when I was baking cookies. I threw baking soda on it and it went out. I was fairly panicked though!! Glad all turned out ok. Have a great Easter!

Oh my goodness!! I'm so glad everything turned out ok. How smart of you to know to keep the oven door closed to put out the fire. I'm not sure I would have thought of that in a panic situation. That is quite the story to tell at Easter dinner!