We’ve all been there. The leftovers that stunk up the entire fridge. The funky smell coming from the sink. The lingering smell of nuked lunch in the microwave. The problem is, how to get rid of all those smells without having to get down and dirty. Want to know how I do it? It all involves CITRUS!

QUICK TIPS FOR DEODORIZING YOUR KITCHEN 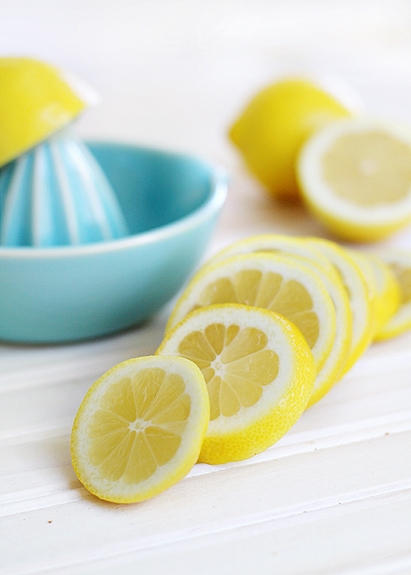 Getting Rid of Kitchen Sink Odors

Lemon, lime, orange, and grapefruit are natural deodorizers and smells so refreshing. Cut up any citrus into wedges, toss down the disposal and grind them up to rid your sink of unattractive odors. The acid in the citrus also helps disinfect the disposal in a natural, safe way.

Take those zested and juiced citrus and put them in a medium sized glass bowl. A couple limes, a large lemon, half an orange or grapefruit cut into pieces will do the trick. Then, fill the bowl halfway with hot water. Place the citrus and water (adding a little lemon juice wouldn’t hurt either) filled bowl in the microwave, and nuke for 3-5 minutes.

Place a bowl of cut up citrus in the back of your fridge for a day or two. You can use previously zested and juiced lemons, or a new orange cut up (if you have excess) works as well. The citrus will get rid of the odors, even stinky leftovers!, and leave it nice and fresh smelling.

What we do as a precaution against yucky smelling kitchen garbage cans is to throw the really stinky stuff in the garage garbage can so we can keep it out of the kitchen. But sometimes, kitchen garbage still gets stinky. The easiest way is to take out the trash!

Wow, that lemon photo really POPS! It's making me excited to finally get some lemons off my tree (they are just now turning yellow). I'll be sure to use the extras on some icky odors :)

You always have such nifty ideas. I will taking the trash can one to work with me. Yep, it needs a little help there in the lunch room.

Great couple of tips, thanks so much.

I just wanted to tell you that your photography is so lovely. I always enjoy looking at your photos. And these tips are awesome, too!

I've done the lemon in the disposal but not the others. I'm definitely going to try them when I get more lemons. Thanks for the tips!