After I posted the Lemon Coconut Cupcakes that I made for Logan’s birthday so many of you asked: How did you make the two-toned color icing for those cupcakes? 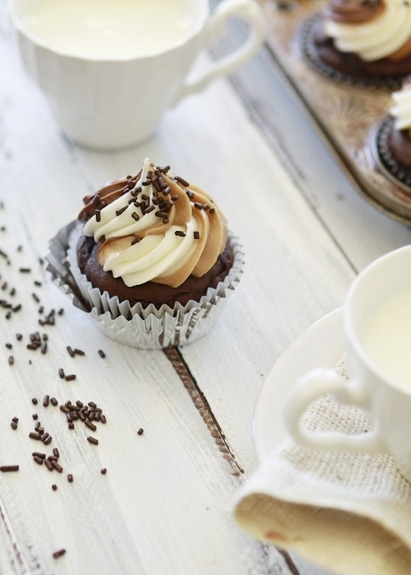 The two tone technique for decorating cupcakes is really a lot easier than you might think and it is so fun. Besides looking pretty, you can flavor the frosting differently to add so much flavor to the recipe. Think cream cheese and blueberry buttercream. Or Lemon and Vanilla buttercream. Raspberry Buttercream with Chocolate.

So I put together a quick kitchen tip to show you how. This time using a new recipe, which I’ll share later this week: Nutella Cupcakes with Nutella, Almond Butter, and Vanilla Cream Cheese Frosting. 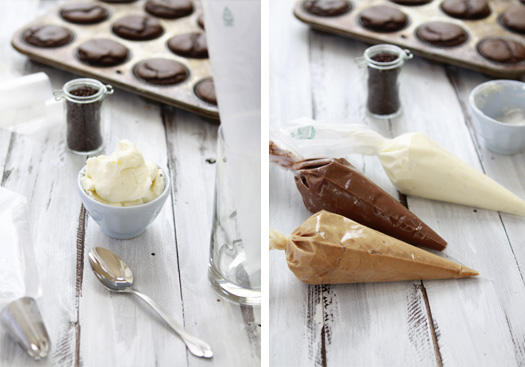 Kitchen Tip: How to Pipe with Two or More Frosting Types

1. Lay your colors or flavors out in different container to keep them separate.

2. Using the tip for filling piping bags in the Cupcake Piping Tricks kitchen tip, fill the bags (I personally like disposable best) with your designated colors or flavors.

3. Twist the tops of the bags and cut about a half inch of the ends of each filled bag. 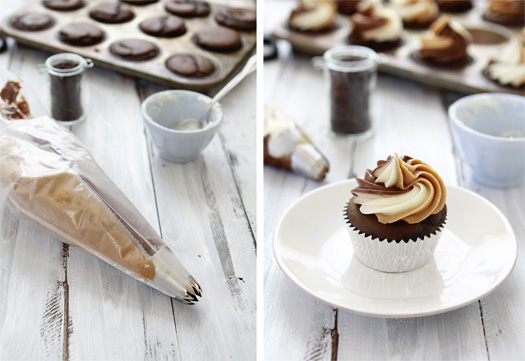 4. Then, you’ll take (in this case) a fourth bag. Snip the end of the bag and add your favorite piping tip to the bag.

5. Now, load all three frosting bags inside the fourth bag with the piping tip.

I can’t wait to share the new cupcake recipe with you! The combo of the nutella, almond butter (you could use peanut butter, but Logan is allergic) and cream cheese frosting was absolutely amazing! 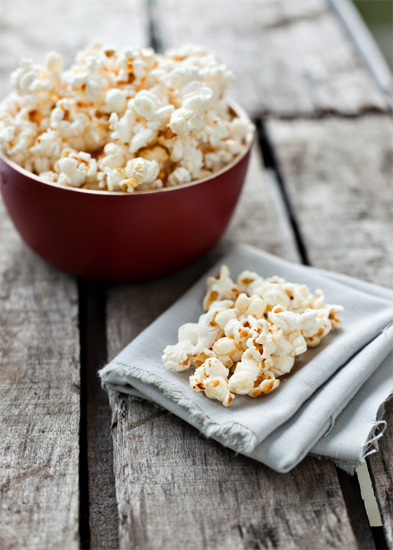 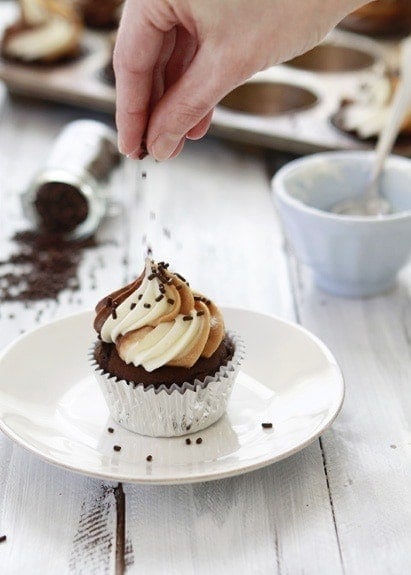 Can you share your frosting recipe? I'm having some trouble with mine. Maybe my quantities are off

I have a few different frosting recipes if you go to the recipe index and then click cupcakes you will find them there.

I have a question. Is the fourth bag the same size or is it bigger than the other 3? It seems hard for me to imagine that the 3 bags fit into the 12" bag together. HELP Please and Thanks!! Katie

It is the same size. It works because you are using the amount of frosting that would normally fit just in the one bag, but dividing it into smaller amounts and placing those smaller amounts in the bags and then inside another bag. It is the same frosting amount, just divided. Wilton does sell different size bags so you can buy small ones for the inside and larger ones for the outside if you wish.

What piping nozzel did use??? I love the effect!

I like Wilton 1M and the piping tips that BakeItPretty.com sells.

Love this idea especially for Easter

Ohh!! This is really a great tip! Thanks for sharing!!