For the last few months we’ve been checking our library books out in batches on a theme. It has been fun to read several different books each week on a certain topic of choice. Lately, that topic has been SNOW.

About a month ago snow was regularly appearing in our forecast for several weeks. We had a snow day from school and work. We bought new snow pants and boots for the kids. Built snowmen and made snow angels.

It has been a few weeks with no fluffy, white snowflakes to play in so we have turned to our books instead. Here are a few of our favorite books about snow from the library. 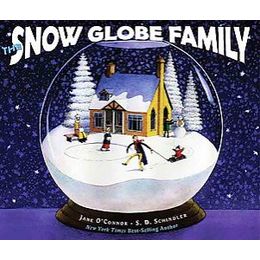 Oh, when will it snow again? wonders the little family who lives in the snow globe. They long for a snowstorm— if only someone in the big family would pick up the snow globe and give it a shake.

Baby would love to. She notices the little family, but the snow globe is too high for her to reach. But then Baby is alone during a snowstorm. Will the snow globe family get a chance to go sledding, too?

The Story of SNOW

By Mark Cassino with Jon Nelson, P.h.D., Illustrated by Nora Aoyagi
Published October 2009
Find The Story of Snow: The Science of Winter’s Wonder on Amazon. 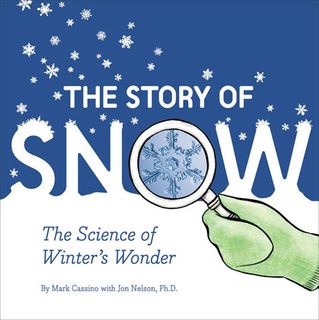 How do snow crystals form? What shapes can they take? Are no two snow crystals alike? These questions and more are answered in this visually stunning exploration of the science of snow.

Perfect for reading on winter days, the book features photos of real snow crystals in their beautiful diversity. Snowflake-catching instructions are also included. 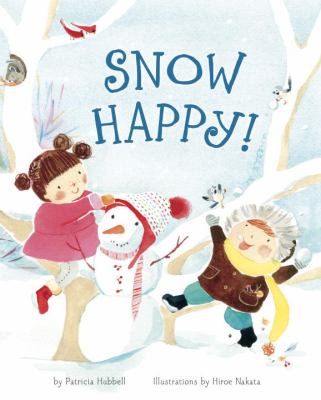 Follow along as they playfully romp through the freshly-fallen snow: sledding, shoveling, making snow angels, and throwing snowballs. Even the woodland animals are taking part in the winter fun! 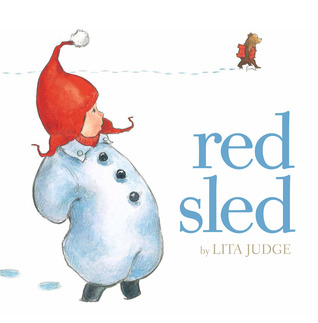 Despite being an almost wordless picture book Red Sled is destined to become a favorite snow book for us. In this book you’ll find adorable woodland creatures experiencing a nighttime joy ride on a child’s sled through mountains of snow. 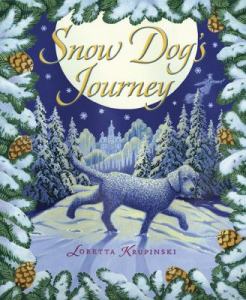 One wintry day, two children build a dog out of snow, and they play with him and love him just as if he were real.

That night, the icy Frost King spies the dog and decides to make him his own. Together, they travel far and wide, but in his heart Snow Dog knows that no one loves him like the children. So he sets out to find his way home. 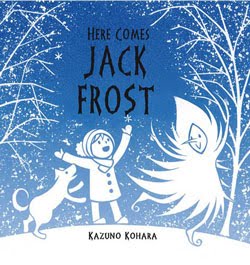 One cold morning a lonely boy wishes for something to do. His animal friends are hibernating, and he has nobody to play with-even all the birds have flown south. When he meets Jack Frost, the last thing he expects is to make a new friend… or to discover how enchanting winter can be! 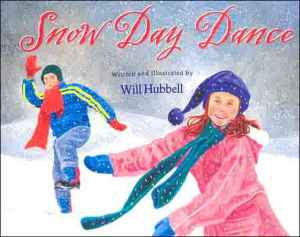 Snow Day Dance celebrates winter and provides a look at the way snowflakes form. Author and Illustrator Will Hubbell’s rich paintings capture the excitement of a snow day and the real magic that nature brings this time of year.

What are your favorite books about snow?

I'm a school librarian so I always read books in batches and themes!It's more fun that way. You should check out the book Snowflake Bentley about Wilson Bentley who figured out how to take photos of snowflakes. http://www.amazon.com/Snowflake-Bentley-Jacqueline-Briggs-Martin/dp/0547248296/ref=sr_1_1?ie=UTF8&qid=1326556039&sr=8-1

A friend of mine who does home preschool does a different theme each week and they learn about that specific topic all week long. Part of what she does is check out library books about the said topic. The kids love reading/looking at pictures of what they are learning. I love this idea and love several of the books you have featured here about snow!

Thanks for this list, always fun to find more great snow books! In my house, we have really enjoyed "Snow Music" by Lynne Rae Perkins, "The Winter Visitors" by Karel Hayes, and "Sugar Snow" which is a "Little House picture book".

Great list! The illustrations in "The Snow Globe Family" are fantastic. My favorite book to share with my kids was "White snow, bright snow" by Alvin Tresselt. It begins with 3 poetic stanza's then evolves into a finely written story. The classic and simple illustrations are interesting & my kids liked imagining what it would have been like for their Grandma and Grandpa as children near the time frame that this book was written.