I was a huge fan of Gayle Forman’s If I Stay and its sequel Where She Went, so I was eager for the release of her latest Just One Day. Both eager…and wary. Lately, I’ve been finding that books that are overly hyped often don’t live up to their acclaim. Nothing can live up to the way I build them up in my head. Luckily, Just One Day proved a good match for the rave reviews I had been reading…although in a different way than I was expecting. 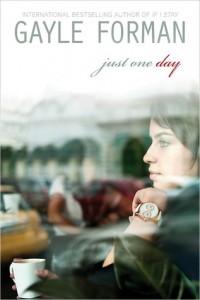 After graduating from high school, Allyson Healey’s parents send her on one of those Global Education Tours, content in the fact that their perfect, by-the-book daughter will receive all the educational enrichment that she needs before she heads to college on her prescribed-since-childhood path of becoming a doctor. What everyone doesn’t expect is for Allyson to ditch her tour group for an underground performance of Twelfth Night, where she meets Willem, a Dutch actor who whisks her off on a one day trip to Paris.

This trip is everything that Allyson wanted her original tour to be–finally she doesn’t have to be Allyson, the good girl, but “Lulu,” Willem’s name for her, a carefree traveler who is finally finding herself as she finds Paris and as she finds this boy. But after an argument, Allyson wakes up alone in Paris, with Willem gone and no way to find him.

Honestly, many teen readers may be more enamored with this first section of the book, with the whirlwind romance and the descriptions of discovering a new love in the streets of Paris. This, in fact, is what many previous reviews I had read mentioned. So I was surprised to find myself a bit bored during this segment. It all felt a bit “been there, read that”.

Where this book really came alive for me was in the ‘After Willem’ section, where we find Allyson heading off to college in Boston and attempting to find herself. But she isn’t just finding herself the way all new freshman do. She has to deal with the knowledge that for that one day in Paris, she was someone else. She was someone that she knew she always could be, away from the pressures of her overbearing mother, the reputation she always had to uphold, and the life she thought she wanted. She had that self for just one day. But then, along with Willem, she lost it.  So of course, she sets out to find both of the things she has lost.

Gayle Forman absolutely nails the emotions that come along with the college experience. Of feeling left out with one’s roommates. Of not knowing what your future should be. But the way she intertwines these common feelings with Allyson’s regret over what she lost is absolutely masterful. Allyson’s journey is well-paced and the supporting characters are well-rounded and believable. Even the characters who initially seemed like stereotypes eventually find their depths.

I am thoroughly looking forward to the companion volume, Just One Year, told from Willem’s point of view, which will be released in October 2013.

Have you read any books lately that have surprised you? 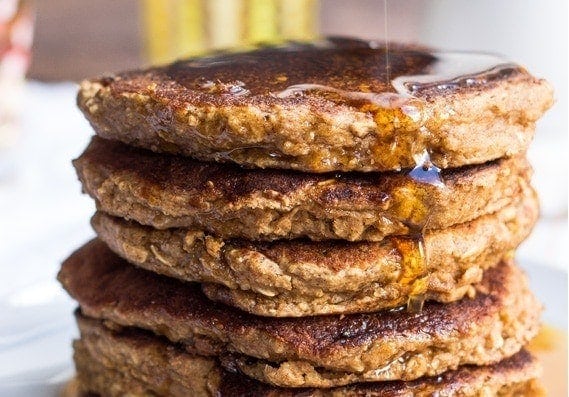