Learn how to freeze bell peppers and stock up while summer sale prices last! Having frozen bell peppers on hand makes for easy stir-fries, soups, and sauces throughout the year!

Can You Freeze Bell Peppers?

Bell peppers are one of the best — and easiest! — vegetables to freeze.

Unlike green beans or sweet corn, there’s no need to blanch bell peppers before freezing them. Simply dice or slice them, then freeze!

Bell peppers have a relatively short shelf life, so you have to eat them within a few days of buying or harvesting them. If you had a bumper crop or took advantage of sale prices at the grocery store, you need to freeze any extra peppers ASAP before they go bad.

Although bell peppers are available year-round, they’re best when frozen while in season. They’re the most flavorful in the summer and fall, and they have they crispest texture.

When Are Bell Peppers in Season?

How to Pick the Best Bell Peppers for Freezing

When selecting fresh bell peppers for freezing, look for:

If you plan on freezing fresh peppers, I recommend having the following tools on hand.

Do You Need to Blanch Bell Peppers Before Freezing?

Nope! Bell peppers are one of the few veggies you can simply clean, cut up, and freeze. They retain their texture well once frozen, although they do lose some of their crispness once thawed.

However, so long as you select bell peppers that are ripe and in good condition, they’ll freeze well!

How to Freeze Bell Peppers

Before freezing the bell peppers, think about how you plan on using them later on. Bell peppers can be sliced or diced, so just pick whichever method you prefer.

Note that you can freeze any color of bell pepper — red, yellow, orange, or green!

Can You Freeze Whole Bell Peppers?

Yes! If you plan on making stuffed peppers, freezing whole bell peppers is a good idea.

To do so, cut off the tops, remove the seeds, then replace the tops. I recommend wrapping each pepper in plastic wrap before sealing in a freezer bag or container.

Tip: It’s best to stuff the peppers with filling while still frozen as they hold their shape better that way.

If stored properly, frozen bell peppers will last up to 6 months.

How to Cook with Frozen Bell Peppers

While I don’t recommend substituting fresh bell peppers with frozen on, say, salads or any other raw dish, frozen bell peppers can be used interchangeably with fresh peppers in stir-fries, soups, and more!

Add frozen bell peppers straight to whatever you’re cooking, noting that since they’re frozen they’ll momentarily lower the cooking temperature so you may need to add a few extra minutes to whatever it is you’re making.

Frozen peppers won’t be as crisp once thawed, which is why I recommend using them for cooking rather than casual snacking or in salads.

Should You Thaw Frozen Bell Peppers Before Using?

In general, I don’t recommend thawing frozen bell peppers. They cook quickly from frozen, and thawing them first releases moisture and also makes them soggy.

Add the diced or sliced peppers directly to stir-fries, omelets, soups, and sauces.

How to Thaw Frozen Bell Peppers

If you choose to thaw frozen bell peppers, the best method is to set them out on your counter (if diced or sliced). They’ll thaw in about an hour.

Whole bell peppers are best thawed overnight in the fridge.

Can You Freeze Other Fresh Peppers?

Yes! Pretty much any sweet pepper can be frozen using the instructions outlined in this post.

If freezing hot peppers, it’s best to leave them whole. Simply wash them under running water, pat dry, and seal in a freezer bag. This preserves their seeds, which is where much of their heat comes from. 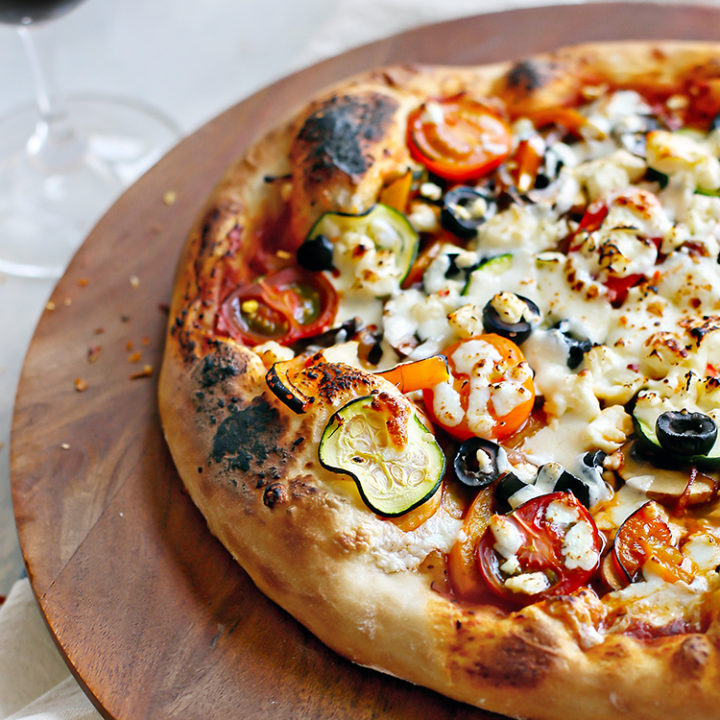 Supreme Veggie Pizza with Mozzarella and Feta is a great addition to Friday Night Pizza Night.

You won't miss the meat in these Vegetarian Fajitas. They're made with bell peppers and mushrooms, and flavored with a homemade fajita marinade! 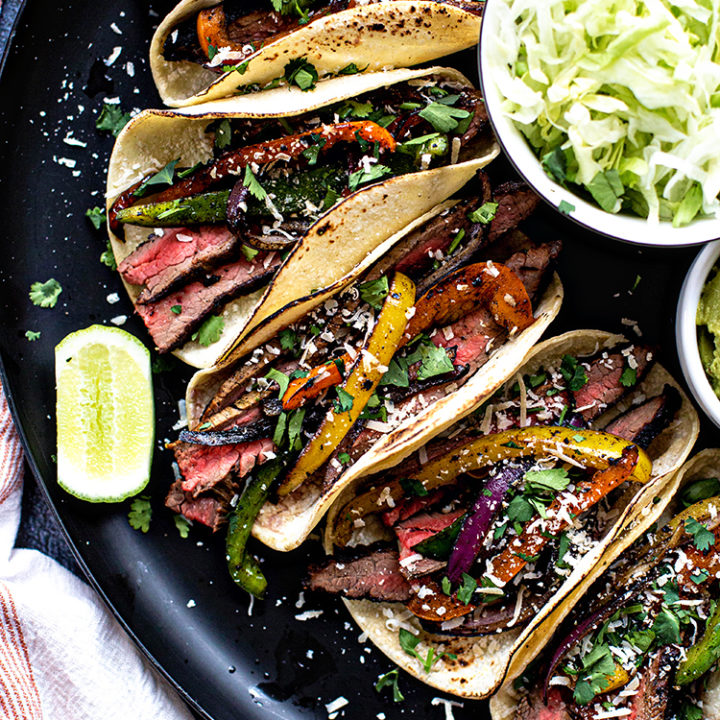 These Flank Steak Fajitas have so much flavor thanks to this delicious flank steak fajita marinade. Your family will love filling up their warm tortillas with all of their favorite fajita toppings to build their own custom plates! This recipe for flavorful steak fajitas is super easy thanks to many make ahead tips and tricks to save you time! 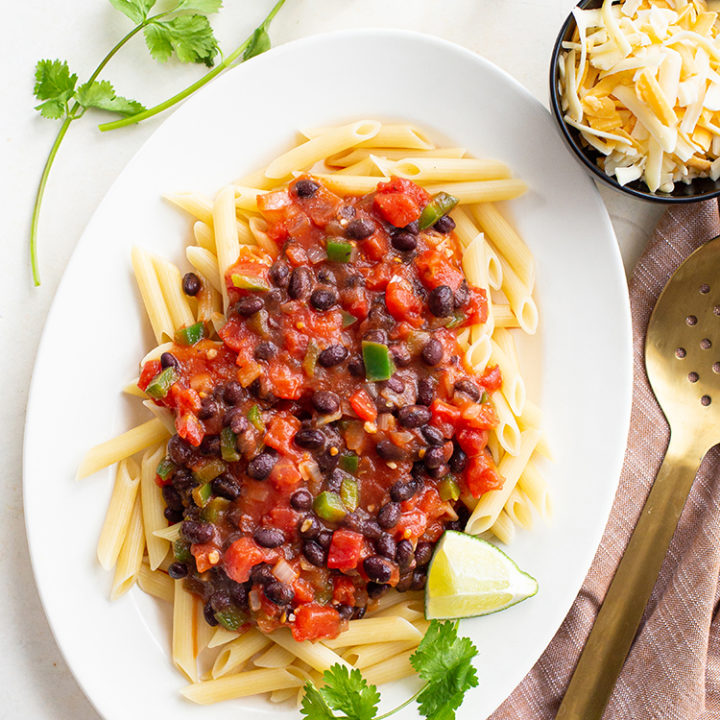 This recipe for Southwestern Black Bean pasta is a great pantry recipe for a 30 minute meatless meal! It features pasta with a smoky tomato sauce and plenty of black beans. This simple vegetarian black bean pasta dish only takes a few minutes to prepare and uses mostly pantry ingredients.

These Quinoa Stuffed Peppers are a great updated Vegetarian Stuffed Pepper version of the classic Stuffed Bell Pepper Recipe. These peppers stuffed with quinoa will make all of your meal prep dreams come true.

Served with a large salad and a crusty loaf of bread this soup can be a delicious and warming meal all on its own. Roasted red pepper soup is vegetarian and very filling.

This recipe for Roasted Red Pepper Hummus is so easy to prepare. It features roasted red bell peppers with chickpeas, tahini, lemon, garlic, and cumin. Homemade hummus is a delicious and healthy snack that you can serve in a variety of different ways. 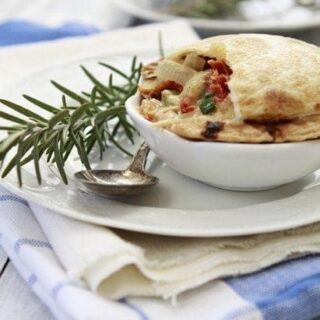 Individual Chicken Pot Pies are easy to make but look impressive! Perfect for holiday gatherings or whenever you have guests over. 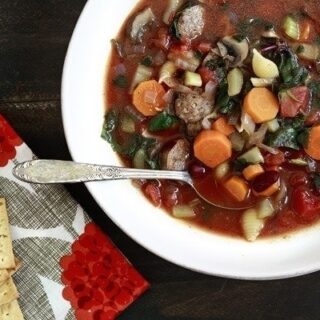 Loaded with pasta, vegetables, and Italian sausage, this Winter Minestrone with Sausage is the perfect recipe to make on a cold evening!

If you’re looking for a creamy, rich and flavorful soup, try this Italian Sausage Kale Soup. It’s a lightened up version of an Olive Garden Classic and crowd favorite, Zuppa Toscana.

Super simple to prepare and easily something that can be tackled in between assisting with homework during weeknights. It is filling and pairs well with a side salad or roasted broccoli for extra vegetables. 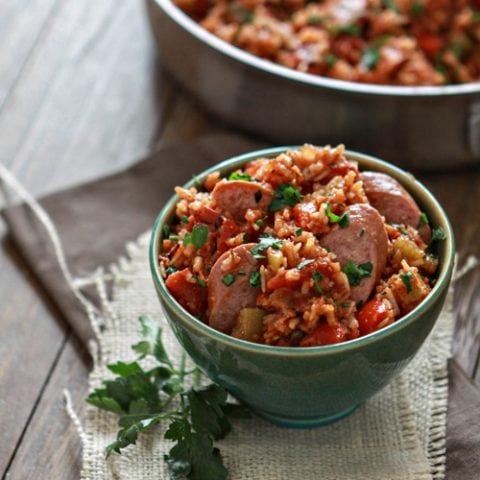 This smoked sausage jambalaya recipe comes together in under an hour. Bonus: it uses just one pan, which means fewer dishes to clean! 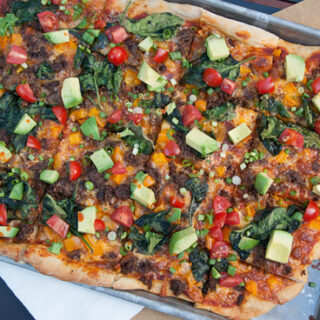 A baked pizza version of your favorite food type. Mexican food mashed with pizza. You won't regret this dinner! 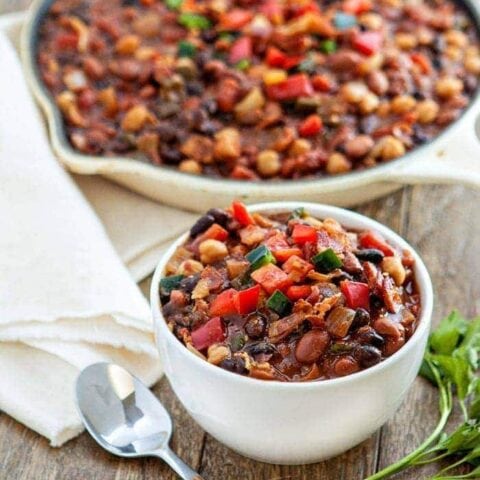 This Slow Cooker Baked Bean Trio with Bacon and Peppers are loaded with flavor thanks to three types of beans, bell peppers, poblano peppers, and bacon. A perfect, easy side dish for game day! 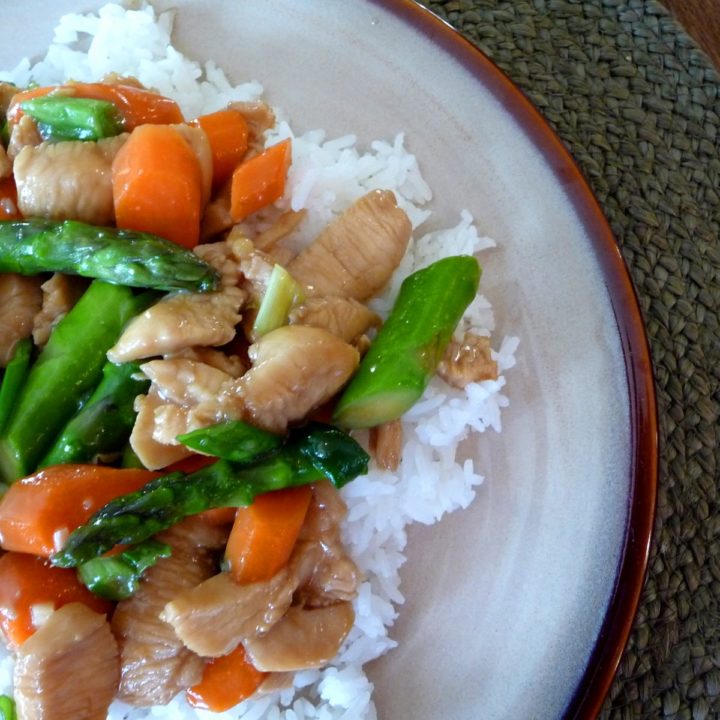 This easy recipe for Chicken Asparagus Stir Fry is so quick to make! Serve this Chicken Stir Fry with Asparagus with the delicious homemade with Honey Ginger Stir Fry Sauce Sauce and rice for a complete meal.

Enjoy summer green beans all year long by freezing them! This post explains How to Freeze Green Beans, how to blanch green beans for freezing, how to thaw frozen green beans, and more!

Freezing sweet corn preserves its shelf life and means you’ll enjoy the taste of summer year-round! In this post, I’ll explain how to freeze corn both on and off the cob.

Freezing basil minimizes food waste and ensures you always have some on hand for soups, stews, sauces, and more! This post explains how to freeze basil 4 ways, plus you’ll get access to 10+ basil recipes.

Freezing tomatoes is the perfect way to preserve them for using in soups and sauces year-round. This post will explain the best way to freeze tomatoes, whether or not they should be blanched before being frozen, and more!

This guide explains how to freeze strawberries, plus it answers the most commonly asked questions about thawing frozen strawberries and using them in recipes.

Get More Recipes via Email

Did you love this recipe? Sign up to receive Good Life Eats Email Updates and never miss another recipe!

Tip: It’s best to stuff the peppers with filling while still frozen as they hold their shape better that way.