I have never made Sweet Potato Pie before. Obviously I was completely missing out. Thanksgiving at my house usually features Pumpkin Pie with Caramel Pecan Topping and Deep Dish Apple Cranberry Pie with Oatmeal Pecan Crumb Topping. And during the last 2 years Chocolate Pumpkin Cheesecake has also made an appearance. 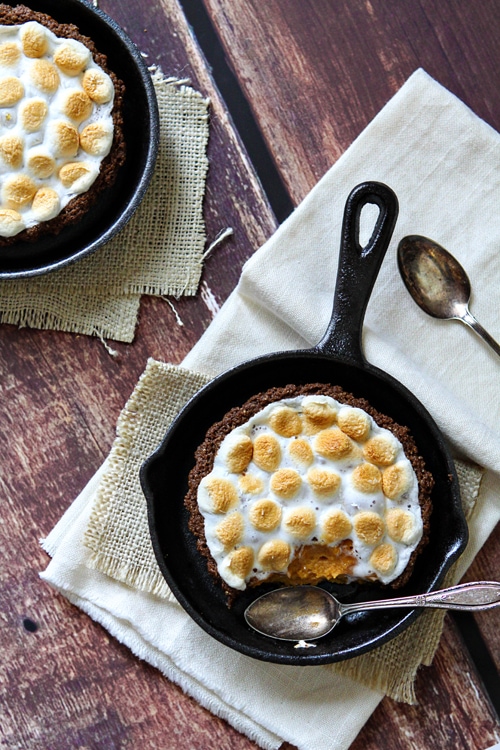 I figured it was time for me to add some new Thanksgiving dessert recipes to my repertoire. I didn’t want something complicated, the cheesecake fills that slot. Or with a traditional Butter Pie Crust since I already had two of those between the Pumpkin Pie and the Apple Cranberry Pie. And something small or individual would be nice because you can just make a few if you want. Plus, smaller bakes faster.

The solution was a Mini Sweet Potato Tart with a Gingersnap Pecan Crust. This recipe is small. It makes only 3 tarts, but you can easily double it to make 6. And if you have multiple recipes on your dessert table, two people can easily split one of these mini tarts.

I’ve never really been much of a fan of the Sweet Potato Casserole recipes with the marshmallows on top, but I thought something with those flavors in dessert form would be pretty good. So for a little something extra I added Mini Campfire® Marshmallows to the tops of the tarts at the very end and broiled for just a couple of minutes until they were toasted and golden brown. 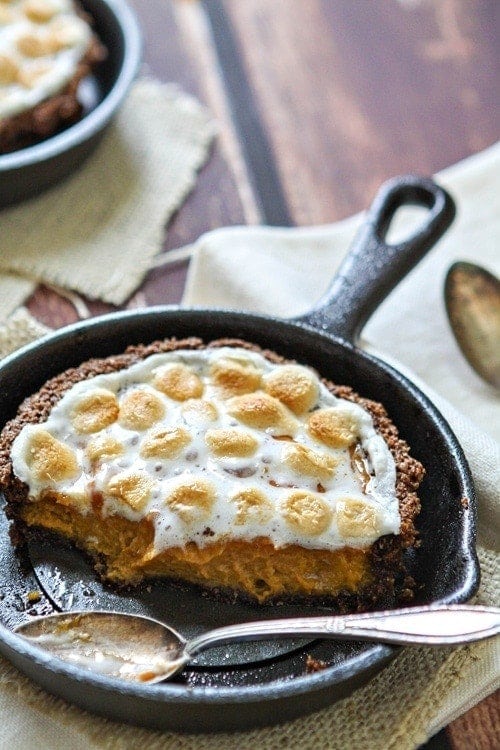 If you are looking for something a little different this Thanksgiving, give these Mini Sweet Potato Tarts with Gingersnap Pecan Crust and Toasted Marshmallows a try.

For the Sweet Potato Filling:

If you'd like to prepare these ahead of time (either a few hours in advance or the day before) finish up the recipe before you reach the marshmallow step. Then just before serving, add the marshmallows and toast under the broiler. Serve immediately. 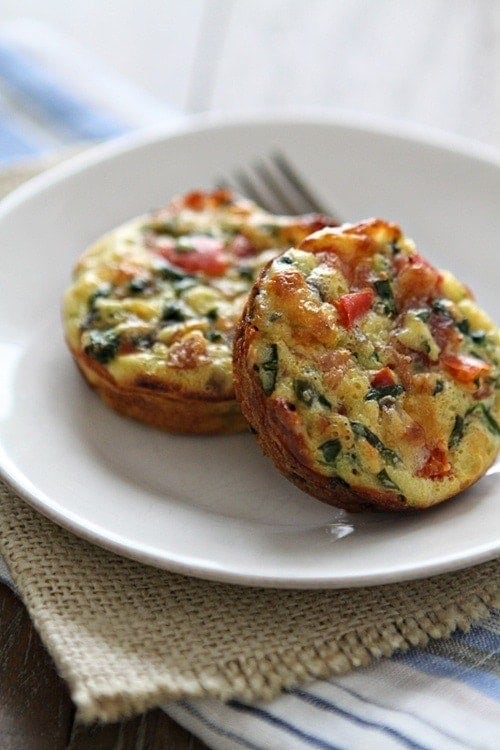 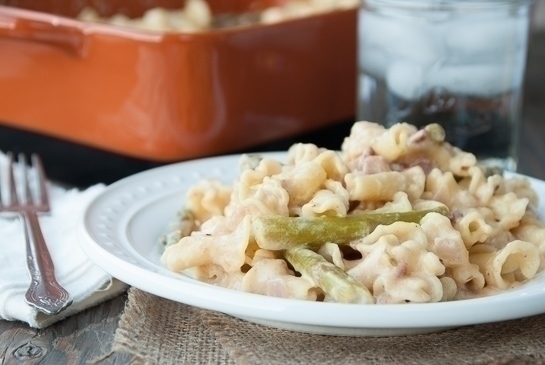 Next
Asparagus and Bacon Macaroni and Cheese
Click here to cancel reply.

I love these! They will look so pretty (and taste so good) on our Thanksgiving table.

Loving these mini tarts! I love using sweet potatoes in baking! I could dive right into one of these pans!

I just love that these are mini. So yummy!

This is an awesome idea!! Perfect for a little pre-Thanksgiving dinner party :)