Colcannon with Leeks and Kale

If you’re looking for a new side dish recipe to add to your St. Patrick’s Day menu, you should give this Colcannon with Leeks and Kale a try.

St. Patrick’s Day is just around the corner! 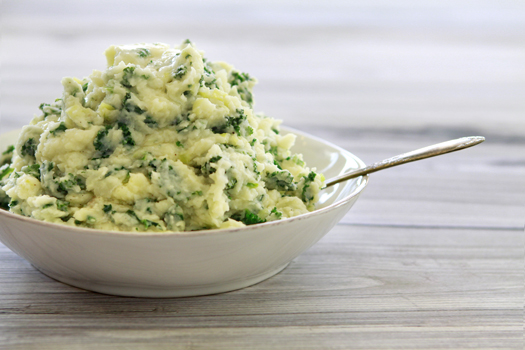 Colcannon is a traditional Irish dish created mostly from mashed potatoes and cabbage or kale.

I took some liberty with the traditional ingredients and added mashed parsnips to the mixture and included two types of potatoes for varying flavors and richness.

I also enhanced the flavor with sauteed leeks (love them!), rather than green onions, in addition to the traditional kale.

This Irish recipe was once considered to be a frugal dish that could be served year round.

However, I did not find that Colcannon tastes “cheap.”

It was pure comfort to me. 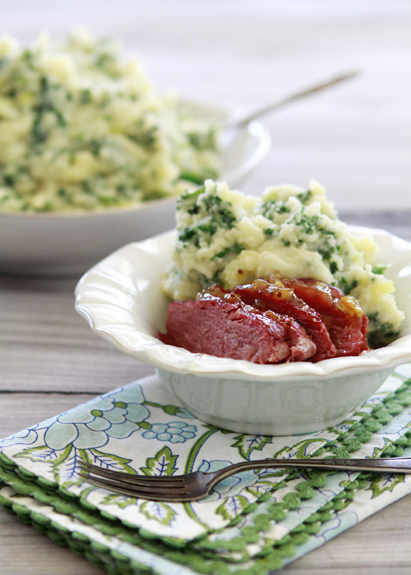 I loved the flavor and textures imparted by the varying vegetables.

I’m pretty sure my husband liked this even better than your basic mashed potato recipe.

I think I might have to agree with him.

We served our Leek and Kale Colcannon alongside my favorite Honey Marmalade Mustard Glazed Corned Beef.

What is your favorite food to celebrate St. Patrick’s Day with? 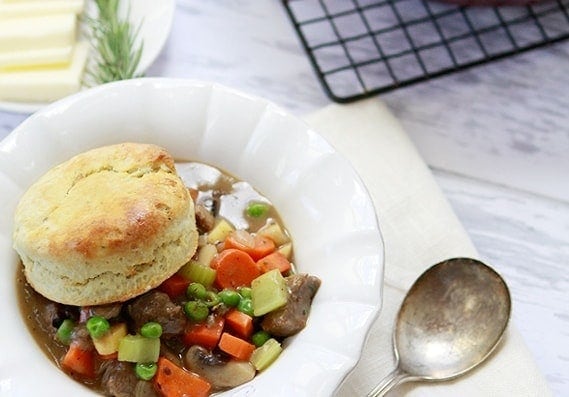 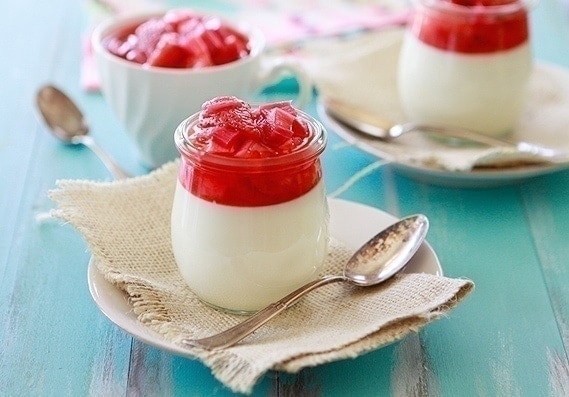 I love your version of this Irish staple!

I love colcannon. It is seriously the only way I'll eat mashed potatoes these days. I've always just used the traditional green onions, though. I like the idea of using leeks instead.

You'd think I was Irish by my name (swear I'm not!), but I will gladly pretend to be if it means I can eat loads of colcannon. I add a little bacon to mine...

Sounds super yummy! This one I have to try for sure!

Love the additions of kale and leeks, it sounds simply delicious!